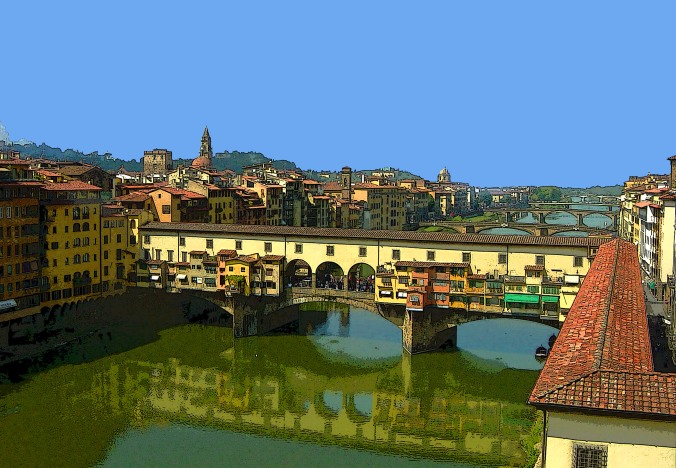 The Ponte Vecchio (“Old Bridge”, Italian pronunciation: [ˈponte ˈvɛkkjo])[1][2] is a Medieval bridge over the Arno River, in Florence, Italy, noted for still having shops built along it, as was once common. Butchers initially occupied the shops; the present tenants are jewellers, art dealers and souvenir sellers. It has been described as Europe‘s oldest wholly-stone, closed-spandrel segmental arch bridge,[1] but there are far older segmental arch bridges such as Alconétar Bridge. The Ponte Vecchio’s two neighbouring bridges are the Ponte Santa Trinità and the Ponte alle Grazie.