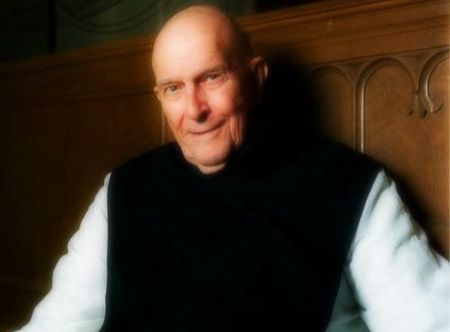 In spiritual circles, Father Thomas Keating is famous around the world as one of the three Trappist monks who launched a modern revival in what they called Christian Centering Prayer. Keating and his colleagues—Father William Menninger and the late Father M. Basil Pennington—met the thirst for mysticism in the 1970s with a roadmap back toward the Desert Fathers in the 3rd Century and to the wisdom accumulated by a millennia of mystics who followed this path as well.
At that time, Baby Boomers were in their 20s and millions of Americans were turning toward the East for what they thought was the only source of instruction in deep, transformative meditation. These three monks knew differently. They were steeped in these traditions themselves. They saw the exodus of young people toward the East. And they were wise enough to wave the flag of Christian mysticism, once again.
The problem they faced was that, after World War II, bright young men and woman seeking a mystic experience were drawn in yet another direction. Their “Moses” in the 1940s and 1950s was the brilliant writer Father Thomas Merton. In 1941, Merton became a Trappist and published a sensational best-seller about the experience, “The Seven Storey Mountain,” in 1946. Keating already had taken vows in 1944, then Pennington came along in the wake of Merton in 1951. Menninger followed in 1963.
That was a terrifically enriching movement if … well … if you were Catholic, and a man, and wanted to sign away your life in a full-time monastic vocation.
In the 1970s, Keating and his friends woke up to the fact that millions of restless men and women were seeking spiritual solace outside monasteries and even outside the church. Keating especially has been reaching out ever since to an ever-wider audience.

Centering prayer is a popular method of contemplative prayer or Christian meditation, placing a strong emphasis on interior silence.
Though most authors trace its roots to the contemplative prayer of the Desert Fathers of early Christian monasticism, to the Lectio Divina tradition of Benedictine monasticism, and to works like The Cloud of Unknowing and the writings of St. Teresa of Avila and St. John of the Cross, its origins as part of the “Centering Prayer” movement in modern Catholicism and Christianity can be traced to several books published by three Trappist monks of St. Joseph’s Abbey in Spencer, Massachusetts in the 1970s: Fr. William Meninger, Fr. M. Basil Pennington and Abbot Thomas Keating. READ MORE

Contemplative Outreach is a spiritual network of individuals and small faith communities committed to living the contemplative dimension of the Gospel. The common desire for Divine transformation, primarily expressed through a commitment to a daily Centering Prayer practice, unites our international, interdenominational community. Today, Contemplative Outreach annually serves over 40,000 people; supports over 120 active contemplative chapters in 39 countries; supports over 800 prayer groups; teaches over 15,000 people the practice of Centering Prayer and other contemplative practices through locally-hosted workshops; and provides training and resources to local chapters and volunteers. We also publish and distribute the wisdom teachings of Fr. Thomas Keating and other resources that support the contemplative life.

Brochure about Contemplative Outreach
Transforming the Heart of the World (pdf)